In a previous post I described how you could repair the control pod by replacing the potentiometer. But I had already bought an extra set of these Z-2300 to replace the control pod (which eventually also failed). This extra set was still useful, because I used this on our yearly trip with friends. Our party weekend without kids. This set already has enough volume and an amplifier, so this is much more portable than a normal set of speakers which would need an amplifier.

On those parties, the later it gets, the louder the music is wanted. So eventually the satellites blew up. Normally that would hurt, but since this was a spare set anyways, it didn’t really. I didn’t throw them away yet, and later I tried them again, and indeed, they didn’t sound that well anymore.

So then I figured: why not fix it, since fixing (or at least trying) electronics is my new hobby anyways. I opened the speakers and was a bit disappointed to see that the hole on top of the speaker was pretty much fake. There was only one speaker in there, and the hole wasn’t even open, so I can’t imagine it has a function. 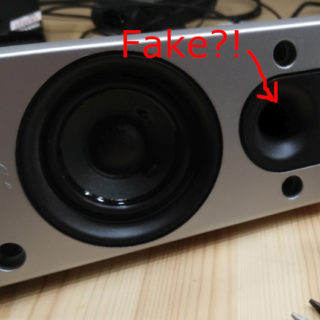 On the other hand; now I only had to replace one speaker instead of two.

So I tried to measure the speakers a bit, and then went to my favorite website.

Then I even found the original Logitech speakers.

But for this price I could also buy another set at our local ebay. Also I would probably blow them up again. So I continued my search, and eventually settled for this pair. 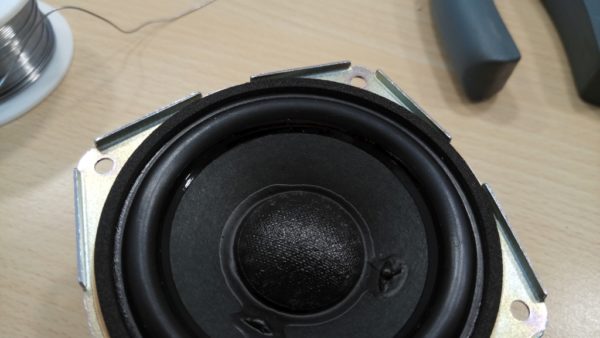 The sizes don’t match, but I figured somehow I would fit them in anyways.

So when they arrived I bent the edged so they would be more flat. Then I cut the wholes so I could use a screw with more flesh to fix the speakers in the original housing. This wasn’t really hard to do. I used a flat-nose plier for the bending and a normal cutter to remove the iron at the holes. 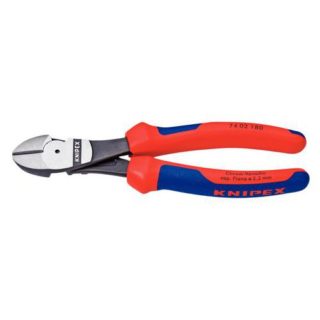 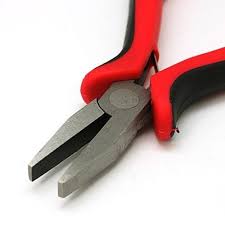 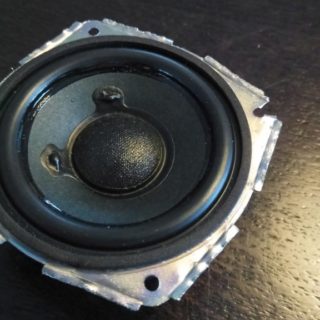 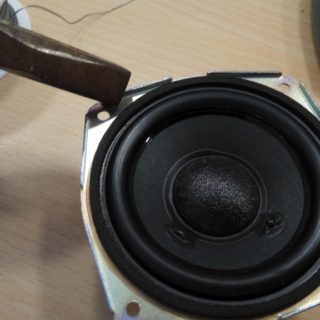 Then I replaced the speakers in their holdings. Note that apparently Logitech switched + and -, because the red wire was connected to – and the black to +. I assume they know how to wire their speakers, so I decided to use the size of the connectors on the speaker as reference. So I put the red wire on the smallest connector and the black one on the largest. 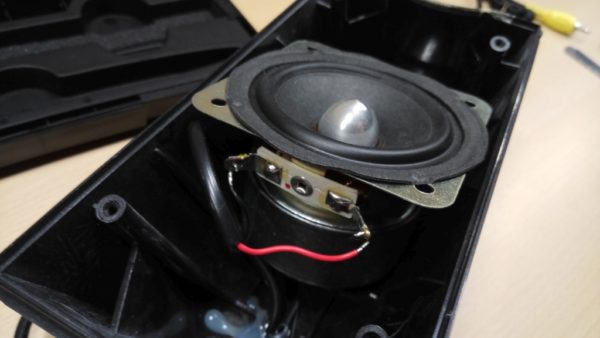 Yes, the wires needed to be soldered, but that wasn’t really hard to do. Just heat up the iron on the speaker enough so the wire itself can melt.

Then put everything back together and hook ’em up. I must say that I don’t hear much of a difference. But I’m not sure what they will do on a very high volume. They might blow up as easily as the Logitech speakers.

I guess we’ll have to wait and see.